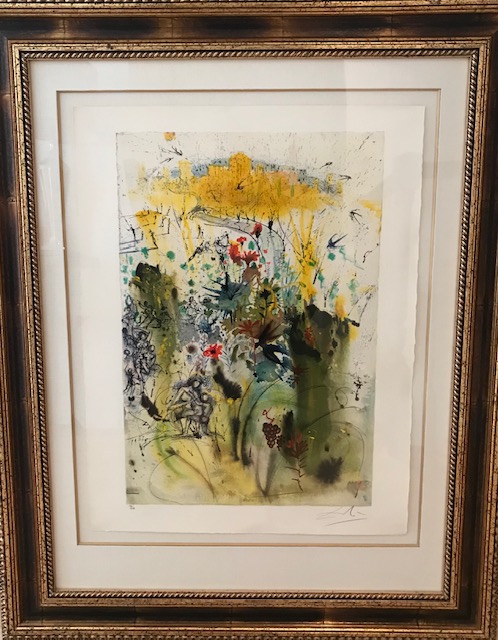 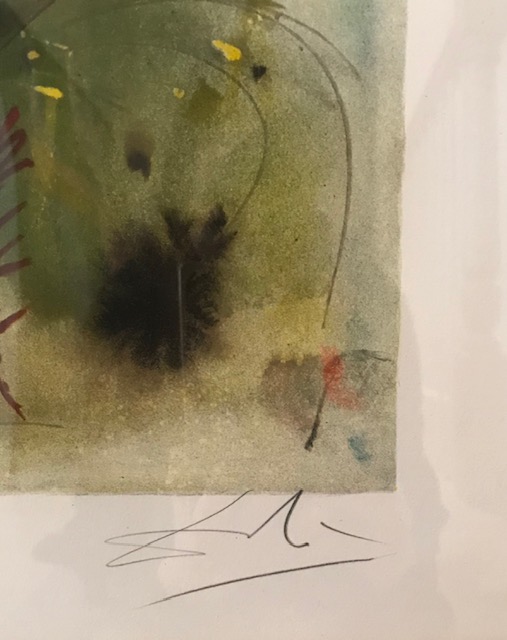 PORTFOLIO ALIYAH: THE REBIRTH OF ISRAEL

In 1967 Samuel Shore the head of Shorewood Publishers had an idea to commemorate the 20th year anniversary of the proclamation of Israel. Following the example of the Chagall windows which, since 1962 had stood in the Hadassah Hospital in Jerusalem Shore decided to commission another great contemporary artist Salvador Dali to do a set of 25 paintings composed of gouache, watercolor and India ink on paper exploring the theme of renewal for the Jewish people. Shore then contracted with Dali to do “Aliyah, the rebirth of Israel” to be composed of 25 paintings and 250 sets of 25 lithographs to be completed in time for the 20th anniversary celebration in April 1968. Shore paid Dali 150,000. and he solicited the support of Israel Bonds to display the originals at the Huntington Hartford Museum in New York. Both the originals and the lithographs went on sale that Spring.

The 25 paintings were reproduced by Shorewood Press in 1968 as photolithographs and published in a limited edition presented in a folder with a letter of introduction by David Ben-Gurion, a key figure in the history of Israel. In order to illustrate the various meanings of the Hebrew world "aliyah", which means literally "migration to the land of Israel", the artist took inspiration from the Old Testament as well as contemporary history.

"The mountains and the hills shall break forth before you into singing and all the trees of the field shall clap their hands" (Isaiah 55.1

Call to schedule an appointment to view furnishings or if you have an item that you would like to feature here, please contact us at 203.259.9948.